Visibility of women in the gaming industry is increasing with time owing to the emerging online gaming culture. Additionally, the popularity of female gamers is also rising, especially on social media platforms. Here we are talking about Sooneeta Magar Thapa.

Sooneeta Thapa Magar is a You Tuber. Who play free fire and upload videos on her YouTube Channel Now she has 3.53 M+ subscribers in her Channel, and 500K followers on Instagram.

She has got more than 226k followers on Facebook Page. She had more than 4.3 M subscribers on YouTube and more than 545k people are following her on Instagram. She is the number one gaming You Tuber of Nepal according to subscribers. Her monthly income is about Rs 3 to 4 lakh. She is very popular in India too.

As per Social Blade, Sooneeta has gained more than 90k subscribers and over 9.18 million views in the last 30 days.

The streamer has also participated in 8 duo matches and has emerged victorious on three occasions, resulting in a win percentage of 37.5%. She has also eliminated 21 foes, maintaining a K/D ratio of 4.20.

Pokimane Pulls Off An Insane 1v5 Clutch In Valorant 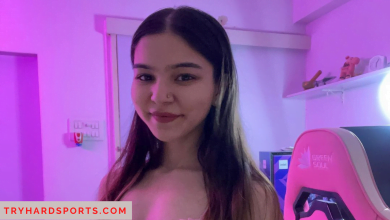