Amouranth revealed all on stream last night. She opened up about the abuse she was suffering at the hands of her husband, and even showed their texts to chat. He was controlling her financials, threatening to kill her dogs, and verbally abusing her.

Unlike much of the conversation happening on Twitter right now, we aren’t going to treat this matter with flippancy. This is upsetting and serious.

Amouranth Reveals All To Stream

Amouranth began streaming in the early morning of Sunday, October 16, and appeared to break down before her chat, revealing that her husband had been abusing her. Before the stream went offline, Amouranth showed the text history between herself and her husband. He was incredibly controlling in the texts and was threatening to spend her money if she didn’t respond to him.

This is Amouranth’s life, and she absolutely deserves privacy in this matter. But on the other hand, we’re so glad that she did do this stream in the end. We’re really hoping that by exposing him, others in her life can now help, and she can hopefully escape the situation.

The violent way he speaks to her is abuse in itself, but what really raises alarm bells is the constant demand that she call back. This is textbook emotional abuse, and it’s not the way that anyone should be treated. From what else she said on stream, it seems like this guy has been in the background for a while, but he’s been telling her to pretend she’s single to followers.

Trolling on the song O Sajna did not affect Neha, then danced with Dhanshree on 'Payal Hai Chhankai'
Pokimane may be facing Twitch ban after accidental wardrobe malfunction
Kyootbot is back on Twitch with Speed Dating Viewers
Guess How Much Twitch Streamers Are Making In 2022
HusKerrs Armaguerra 43 Class Setup For Call Of Duty: Warzone
Team Anarchy won COD Mobile World Championship 2021: Regional finale, Europe 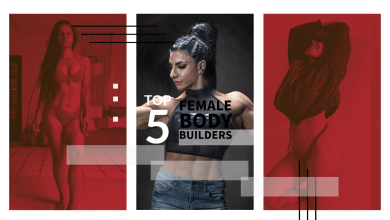