Call of Duty: Vanguard developer Sledgehammer Games revealed details on four of the Operators (Arthur, Polina, Daniel & Padmavati) that will be available in the upcoming game.

Call of Duty: Vanguard revealed new details on four of the game’s Operators, including Arthur Kingsley, Polina Petrova, Daniel Take Yatsu, and Padmavati Balan. With only a little over a week left until the next installment in the long-running first-person shooter series is released, developer Sledgehammer Games recently published a Vanguard launch trailer that’s not only meant to drum up excitement for the game before it’s released but also shows the game’s earlier release time. 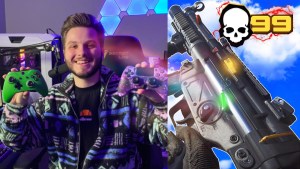 The post also unveils two of the new Operators that will be playable in the game’s multiplayer: Daniel Take Yatsu and Padmavati Balan. along with new Operator Bio videos that help introduce them.

It’s always interesting to find out how development teams come up with in-game characters and their accompanying backstories and personalities. With only two of the four protagonists of Call of Duty: Vanguard’s single-player campaign featured so far, it may be safe to expect that Sledgehammer Games plans to release more details on the other two – potentially along with other multiplayer-only characters in the near future.

New Warzone & Cold War Cinematic Leaks, Adler getting a taste of his own medicine
Free Fire New Diamond Royale: How to Get The Ruby Bride Female Bundle
O Sajna: Dhanshree Verma-Priyank Sharma show dance moves to the tunes of Neha Kakkar, watch VIDEO he...
Amouranth on Twitch hot tub meta “not age-appropriate”
IPL 2022: New jerseys of all 10 teams of IPL, know how your favorite team will look
CDL All-Star Weekend: How to vote and earn free Double XP Cards