Women streamers holding gaming platforms and creating their own niche is not easily gulped by society. The famous and widely popular streamer  Kaitlyn ‘Amouranth’ Siragusa was not barred by the viewers and have been off lately trolled for getting a cakewalk for gaining popularity in the gaming world. The trolls stand with the argument that Amouranth owning a glamorous personality made it clear cut path for the fame she owns.

The trolls about Amouranth are ignorant about the happenings of the series of other female creators and streamers creating benchmarks and achieving more popularity not by their face value but because of their performance and the craft they put in. Moving ahead it has been observed through the analysis that in the,

It has been witnessed that Valkyrae, a streamer who happens to be the co-owner of 100 Thieves grabbed a hefty 12.2 million views in January 2021, achieving the top list among women streamers and maintained the Hotspot while being pretty-faced too.

Amouranth, another female streamer brings to the notice of the audience that the path they pave into the gaming world is not as easy as it seems. It is mostly their consistent efforts that offer them such popularity. One should not be trolling women streamers on the parameters of beauty as it is not ideal and ethical to do so. The psyche of the viewers to categorize female gamers into such low key thinking forces them to rethink the dual standards based on gender disparity.

The tweets received by Amouranth on her personal feed spread negatively around.  She brought it up through an open discussion where she talks about the difficulties and challenges of waiting for a female in the streaming world. She made it clear that people’s judgement of they making it through their glam girl vibe would never overpower the top 50 female streamers and that’s not the way for females to get success in any field.

She goes on to tell that having a pretty face look is no eligibility to go out and turn into a public icon but it requires the immense potential to stand out in the crowd full of men and create a space for your own individual self.

Her tweet also breathes through the norms of bias faced on the pretext of survival for an average performing female. There’s no hue and cry about the ones who never make it to the top which people fear away from talking and discussing.

She further adds that people are not readily comfortable talking about failures and ways of acceptance at such streaming platforms. It is believed that discussing the reasons behind the failure leads one to find the solution. The failure to not understand the shortcomings of any problem is a bigger problem.  Next comes the recognition of problems and considering them to be unknown. Addressing the issue is an important part of the working of the streaming world.

It’s informative and helpful to get to acknowledge the opinions which female streamers have on such trolls. They are unaffected by such filthy-minded people who comments 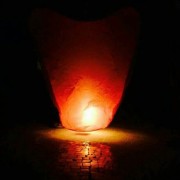 Call of Duty League 2021 set to return in LAN